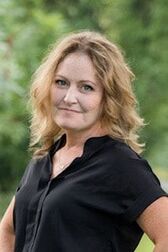 After a childhood of dancing, Shannon graduated from Illinois State University with a Bachelor of Arts. Fortunate to have studied with amazing teachers, Bea Rashid, Evon Freund, Laurie Merriman, and Gayle Kassing, she developed progressive programs in both Ballet and Early Childhood for many studios around the South Suburbs. Finally in 2010, Shannon opened Wings Dance Studio with the goal of creating a training ground for both concert and competitive dancers in the suburbs. Along with realizing her dream of elevating the dance presence in the South Suburbs of Chicago, Shannon is an Associate member of the Cecchetti Council of America, a member of the Chicago National Association of Dance Masters, co-director of Soar Dance Company, and resident choreographer for Lockport Homer Youth Theater. Shannon's students have been cast in professional productions such as Ballet West's The Sleeping Beauty, Joffrey Ballet's Nutcracker, Moscow Ballet's Nutcracker, and performances at Drury Lane. Students have also gone on to dance in college programs. Shannon is very proud for Wings to have been awarded ADCC Studio of Excellence in 2017. Shannon is proud to have raised 3 amazing kids who all dance to their own beat and amaze her every day.
Aimee Maley
​Program Director 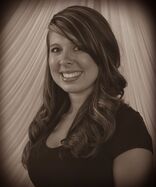 Aimee started dancing when she was 3. She attended conventions and competitions throughout grade school and middle school dancing with some of the best teachers and dancers in Chicago. Aimee danced on the award winning Xtreme Dance Force team, was a competitive gymnast and studied ballet with Ms. Evon Freund. She was on a State Championship Poms team in high school and went on to graduate from St. Xavier's with a teaching degree. Aimee is the co-director of Soar Dance Company.
Nicky Ignasiak
​Managing Director

Nicky is a mom to three wonderful kids. Being a competitive cheerleader, she was ecstatic when her daughters started at the studio in 2012.  After being impressed with what the studio stood for beyond dance skills, Nicky become part of the Wings family in 2015.  As Managing Director, Nicky is in charge of account management and customer service. 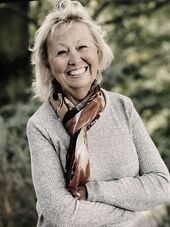 After a long career in pediatric nursing, Barb is so happy to be in charge of the desk at Wings now. She has been a long time supporter of dance and the arts in general as Miss Shannon's mom, and is so happy now to have lots of little dancers to cheer on!
Christopher Kelley
​​​Dance Educator 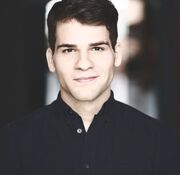 Christopher began his dance training at the Chicago Multicultural Dance Center under Homer Hans Bryant. He then went on to do summer intensives there at CMDC, The American Dance Center, and The Broadway Theatre Project and then eventually went on to study Ballet at Butler University before transferring to the Musical Theatre Program at The University of Cincinnati, College-Conservatory of Music where he performed several roles in both Ballet and Musical Theatre repertoire. Recent Credits include: The Wizard of Oz, The Producers, Newsies (Dance Captain) and Beauty and the Beast (u/s Lumiere, Performed) at The Paramount. Carousel, Evita and Mary Poppins (Timberlake Playhouse) Gala 2020, New Faces Sing Broadway: Now and How to Succeed in Business Without Really Trying (Porchlight Theatre), Gypsy (The MUNY), Hairspray in Concert (Baltimore Symphony Orchestra). Christopher was recently a Guest Artist with Chicago Repertory Ballet for their spring 2020 season where he performed roles in Stravinsky’s The Rite of Spring and a New Work titled “All You Need Is…” choreographed by Taylor Mitchell. When not performing he enjoys to practice yoga while working towards his certification and to read and works at a used book store.
Maggi Leise
​​​​Dance Educator

Maggi Leise received her degree in physical therapy from University of Illinois at Chicago in 2000. After graduation, she began her career in an Olympic weightlifting facility prior to guiding focus on manual therapy techniques. Maggi spent over a decade designing and progressing a pelvic health physical therapy program that is now nationally utilized.
Maggi returned to the Performing Arts arena nearly a decade ago and shifted her focus to injury treatment and prevention of dance athletes.  While continuing to practice physical therapy, she is also a tap instructor at Wings Dance Studio. Maggi is passionate about not only the art of tap, but also guiding each student's awareness of their physical capabilities. Maggi believes the power of positivity is key to building success in life.
Maggi and her husband, Greg, have four very spunky daughters entertain them daily. 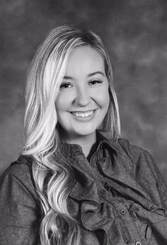 Katie started dancing at Wings the first year we opened in 2010 and hasn’t left us since! Katie graduated from Eastern Illinois University with a degree in Early Childhood Education and goes from teaching elementary school during the day to teaching our foundations program in the evenings. Katie was part of the Soar Dance Company and has been teaching at Wings since 2019. Her favorite thing about teaching at Wings is being able to watch her young dancers continue to grow throughout the program and to be able to witness how far they’ve come since first learning a plié! Besides teaching education and dance, Katie loves to read and spend time with her two dogs!
Nancy Spence
​​​​Dance Educator

​Nancy began her early dance training in Atlanta, Georgia and worked with many companies including Southern Ballet Theater, Florida Ballet, Connecticut Ballet, and Ballet New York. She performed principal and soloist roles from Giselle, Swan Lake, Romeo and Juliet, Cinderella, Les Sylphides, and Coppelia, as well as working with a wide variety of contemporary choreographers. Career highlights include touring and dancing with jazz legend Al Jarreau at Carnagie Hall and performing at Lincoln Center with the New York City Opera. Nancy has also worked extensively in musical theater and film, including the movie "Center Stage" and original Fosse choreography . Besides performing, Nancy teaching, coaching, and choreographing at schools and companies across the country. 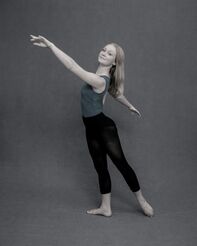 Brenna started dancing when she was 2 and has never stopped! She has been on the Varsity dance Team at Lockport Township High School for 3 years. She has been competing with Soar Dance Company since 2013 and last season was awarded the Title of Miss Leap Sensation in Chicago. Brenna has made her way through the Wings teacher Training program as well as the student choreographer program and is so excited to be a part of the Wings staff.